Navjot Singh Sidhu: Wiki, Bio, Height, Age, Wife, Children, Family, Net worth, Cricket, Politics, Case: Navjot Singh Sidhu was born on 20 October 1963 is an Indian National Congress politician, television personality, and retired international cricketer. He is the former President of the Punjab Pradesh Congress Committee. Formerly, he was the Minister of Tourism and Cultural Affairs in the state government of the State of Punjab. 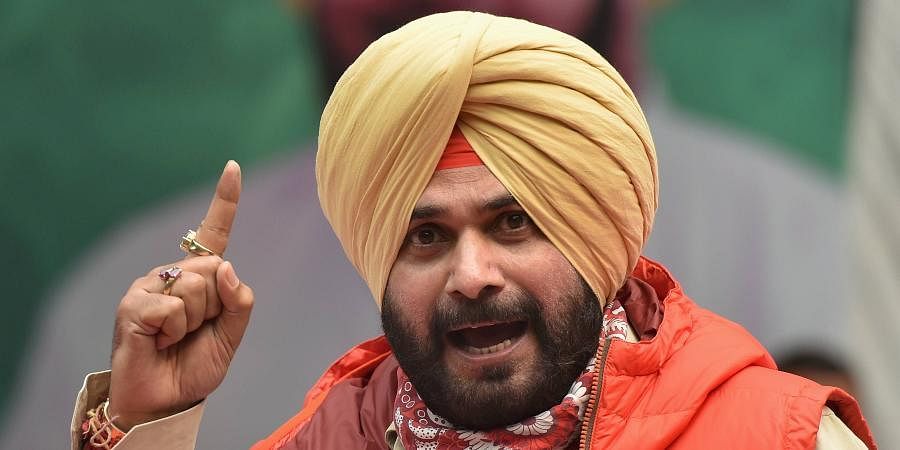 Siddhu and his friend Rupinder Singh Sandhu (aka Bunny Sandhu) were accused of beating a guy named Gurnam Singh and being responsible for his death. Siddhu and Sandhu were in their automobile near Patiala’s Sheranwala Gate Crossing on December 27, 1988. Gurnam Singh was driving to a bank and begged Sidhu to allow them to pass. Gurnam was beaten up by Sidhu in the ensuing road rage incident, and Sidhu fled the scene. Gurnam was rushed to the hospital and pronounced dead. After the event, Punjab Police detained Siddhu and he was held in a Patiala jail for several days. Siddhu and Sandhu were charged with murder as co-accused. Sidhu has pled not guilty to all accusations leveled against him. He stated in court that the complainant party had “falsely implicated him in this issue.” Jaswinder Singh, Gurnam Singh’s nephew, claimed to be a witness to the crime and was willing to testify in front of the Supreme Court of India. Siddhu was acquitted by the trial court in September 1999. The Punjab and Haryana High Court overturned the trial court’s decision in 2006, finding both of them guilty of culpable homicide not amounting to murder in the death of Gurnam Singh in Patiala. In the road rage case, the judge sentenced him to three years in prison. After then, both convicts went to the Supreme Court. Mr. Sidhu’s sentence was suspended and he was given bail by the Supreme Court in 2007. He was able to run in the Lok Sabha polls from Amritsar because of the suspended sentence. Because “there was no evidence to indicate that the death was caused by the one blow” delivered by Sidhu, a bench led by Justices Chalemeswar and Sanjay Kishan Kaul let the two go with a fine of $1,000 in 2018. In the same road rage case, he was sentenced to one year in prison by the Supreme Court on May 19, 2022. 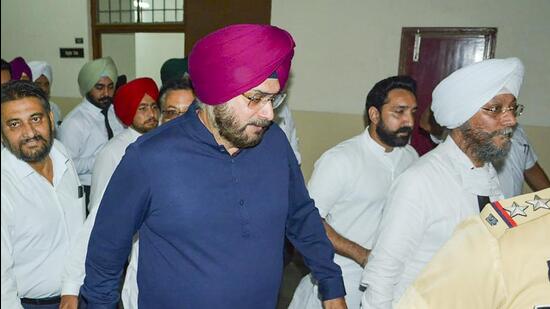 Sidhu was born in the Punjabi city of Patiala. Sardar Bhagwant Singh, his father, was a respectable cricket player who aspired to see his son Navjot become a top-class cricketer. Sidhu attended Patiala’s Yadavindra Public School. He attended HR College of Commerce and Economics in Mumbai. Sidhu was elected to the Lok Sabha as a member of the Bharatiya Janata Party from Amritsar in 2004; he resigned after his conviction in 2006. After his conviction was overturned by the Supreme Court, he ran for the Amritsar Lok Sabha constituency, defeating his Congress opponent, State Finance Minister Surinder Singla, by 77,626 votes. He currently serves as the president of the World Jat Aryan Foundation. He eats only vegetables. Navjot Kaur Sidhu, a doctor and former member of the Punjab Legislative Assembly, is his wife. His height is approximately 6 feet 2 inches, and his weight is unknown. His eyes and hair are stunning. His height and weight are unknown. Navjot Singh Sidhu is a well-known and experienced Indian National Congress politician, former international cricketer, and TV personality. Late Sardar Bhagwant Singh is his father’s name, and Late Nirmal Sidhu is his mother’s name. His ancestry is unknown. He keeps his personal life to himself. Continue reading this article to learn more about Navjot Singh Sidhu’s biography, weight, height, and early life.

Sidhu made his first-class debut for Punjab against Services in Amritsar in November 1981. He made 51 runs in the first innings before being run out as his team won by an innings. After scoring a century (122) for the North Zone against the touring West Indies squad the previous month, he was called up to the Indian Test team in November 1983. For the Third Test in Ahmedabad, he was chosen as a replacement for an injured Dilip Vengsarkar. He was dropped from the team after another poor performance in the final Test in Madras. Only four years later, at the World Cup, Sidhu was recalled to the national team. He made his One Day International (ODI) debut against Australia in the first of the group stage games, hitting five sixes and four fours in a 79-ball 73. He continued his excellent form the next year, assisting his team in reclaiming the Asia Cup. He hit a half-century in the first match against Bangladesh, then hit another in the final (76 off 87 balls), earning him a man of the match accolades for both. He was crowned tournament’s man of the tournament after scoring three fifties in four innings for a total of 179 runs. With a century in the first innings of the Bangalore Test against New Zealand in November 1988, Sidhu made his Test comeback after five years, replacing Mohinder Amarnath. He batted for 295 minutes and hit 116 runs off 195 balls, including four sixes and 12 fours, largely against the spinners, before going on to hit an unbeaten 43 in the second innings to help his team win by 172 runs. He had a dismal tour of England and Australia, averaging 11.20 and 20.40 respectively and accumulating 56 and 102 runs in the three-Test series. He was left out of the 16-man team that was picked to tour South Africa beginning in October 1992 due to weak domestic performances. He was replaced in the squad by Ajay Jadeja. When England visited India later that season, Sidhu was called up. At the Second Test in Madras, he scored 106 off 273 deliveries while starting the innings, giving him his third Test century. He formed a partnership with Tendulkar, who contributed 165 runs to their team’s total of 560 before declaring. The match and the series were won by India.

Sidhu left India’s 1996 tour of England because of a disagreement with captain Mohammad Azharuddin. After a dismal tour of New Zealand in 1998–99, Sidhu was dropped from the Test lineup for the series against Pakistan. In December 1999, he announced his retirement from all forms of cricket. He scored nearly 7,000 international runs in 51 Test matches and over 100 One-Day Internationals. In his 18-year career, he had 27 first-class centuries. He was known for his penchant for attacking spinners, hitting eight sixes in 124 balls against Sri Lanka in 1993–94 and four fifties in five innings against the Australians in 1997–98, specifically targeting Shane Warne. His nicknames included “Sixer Sidhu” for his prolific batting achievements and “Jonty Singh” for his excellent fielding late in his career, with Jonty Rhodes being the greatest fielder at the time. When India toured Sri Lanka in 2001, Sidhu began his career as a commentator. Sidhu was known as a commentator for his one-liners, which became known as “Sidhuisms.” The website sidhuisms.com, which streamed the games from the series, included one-liners from his commentary as “Sidhuisms of the Day” and contests for users to choose his finest one-liner. Sidhu was hired as a commentator for Ten Sports after being fired from ESPN-Star for cursing on the broadcast. During the 2014 Indian Premier League season, he was a member of the Sony commentary crew. This resulted in a dispute with Star India, which claimed that Sidhu had broken his $22.5 million contract by working for a competitor and demanded a return. Sidhu has appeared on the television show The Great Indian Laughter Challenge as a judge. He was a competitor on the reality show Bigg Boss 6 but had to leave the competition in 2012 due to political reasons. Sidhu was a regular guest on the comedy show Comedy Nights with Kapil from 2013 until it terminated in 2016. He appeared on The Kapil Sharma Show seasons 1 and 2 and Family Time With Kapil Sharma as a regular guest.

In the 2004 Indian general elections, Sidhu won the Amritsar seat on a Bharatiya Janata Party ticket. He stood again after the ruling was stayed after resigned owing to a court case against him. He received a large majority in a by-election. In the general elections of 2009, he defeated INC’s Om Prakash Soni by 6858 votes. Sidhu said this when his party’s nomination for Amritsar in the 2014 Indian general election was denied. On April 28, 2016, Navjot Singh Sidhu was sworn in as a member of the Rajya Sabha. According to rumours, Sidhu was nominated for the Rajya Sabha in order to prevent him from joining the Aam Aadmi Party. On July 18, 2016, he resigned from the Rajya Sabha. On September 2, 2016, Sidhu, Pargat Singh, and the Bains brothers launched Aawaaz-e-Punjab, a new political front pledging to fight those who oppose Punjab. Sidhu joined the Indian National Congress in January 2017. He won the Amritsar East constituency in the 2017 Punjab Assembly elections by a margin of 42,809 votes. Navjot Singh Sidhu, a cricketer-turned-politician who left the BJP last year, was third on the list of nine ministers sworn in. Sidhu’s contribution to Project Virasa, India’s only handicraft on the UNESCO list of Intangible Cultural Heritage, was as Minister of Tourism and Local Bodies. The Thatheras of the Jandiala Guru region, which falls under his old Lok Sabha constituency of Amritsar, practice this trade of producing brass utensils. Sidhu was elected President of the Punjab Pradesh Congress Committee on July 18, 2021, succeeding Shri Sunil Jakhar. Navjot Singh Sidhu resigned as President of the Punjab Congress on September 28, 2021. Sonia Gandhi, the party’s leader, received his resignation letter. His resignation was turned down by the high leadership. Sidhu lost the Amritsar East seat in the Punjab Legislative Assembly election in 2022 to Aam Aadmi Party candidate Jeevan Jyot Kaur. Sidhu sparked outrage in late November 2018 when he posted a photo of Gopal Singh Chawla, a prominent Khalistani separatist leader accused of having close ties to Hafiz Saeed. Sidhu refuted those assertions, claiming “Every day, thousands of people greeted me in Pakistan and took photographs with me. I have no idea who Chawla or Cheema is “. 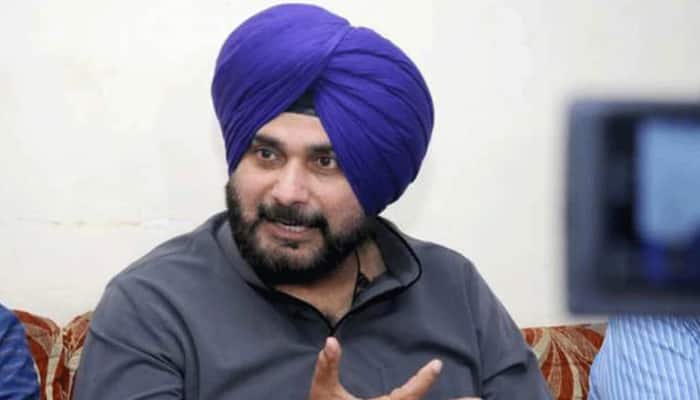 Despite having a long cricketing career and a pretty successful political run Navjot Singh Sidhu prefers to live his life with modesty and simplicity. Although his net worth was never disclosed to public domains but was approximated to be around 45 Crore INR which is $6 Million.

Subscribe to us to get the latest updates about  Navjot Singh Sidhu!